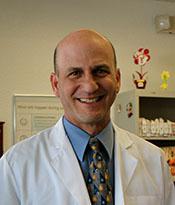 Craig is a Florida state licensed and nationally board certified hearing instrument specialist (HAS, BC-HIS). Craig began his hearing career in 2003 when he purchased West Boca Hearing Center. Over the past 19 years, Craig and his team have grown West Boca Hearing from a small local oﬃce to one of (if not the) largest single oﬃce hearing centers in the state. He accomplished this by always following two philosophies… First,  Craig’s personal and professional mantra spoken by Zig Ziglar. “You can get everything in life you want if you help enough others get what they want.” Next, the mission of West Boca Hearing Center. “Our mission is to give you the best opportunity to help you hear to the best of your ability”

Craig’s desire to help those around him started long before his hearing career. In 1989, at the age of 28, Craig became the Founder of the West Broward (Weston Family) YMCA. In the 20 years, Craig served as the lead volunteer of the Y, the organization grew from a local provider of sports programs to one of the largest Y’s in the country. By the time Craig chose to leave his role at the Y in 2009, the Weston Family branch of the Y of Broward County had a full facility, serving thousands of families with annual revenues exceeding $9,000,000.

Craig went on to help start the first local board for MADD (Mothers Against Drunk Driving). Most recently, in 2016 Craig became the co-founder and President of the Dellenbach Foundation. Under Craig’s leadership, the Foundation served hundreds of Veterans and First Responders along with hundreds of very sick or injured children by providing immediate funding and volunteer services for those in need.

Craig’s passions revolve around family and mentoring / coaching! To that end, Craig and his wife Kim along with their oldest daughter and husband (Michelle & Jeﬀ) started L.E. Rigby Innovations and RigbyEDU as a platform to accelerate action and be a force for good. Through RigbyEDU, the team has trained thousands internationally on strategies to create a more sustainable and prosperous future.